Throwbacks and pullbacks are not new to securities, but if you don’t understand how price behaves, a losing trade may result.

Figure 1 shows an example of a throwback. Price forms a symmetrical triangle by bumping up against overhead resistance highlighted by a down-sloping trendline and finds support along the bottom of the pattern, shown by a rising trendline. The two trendlines converge sometime in the future at the triangle apex. 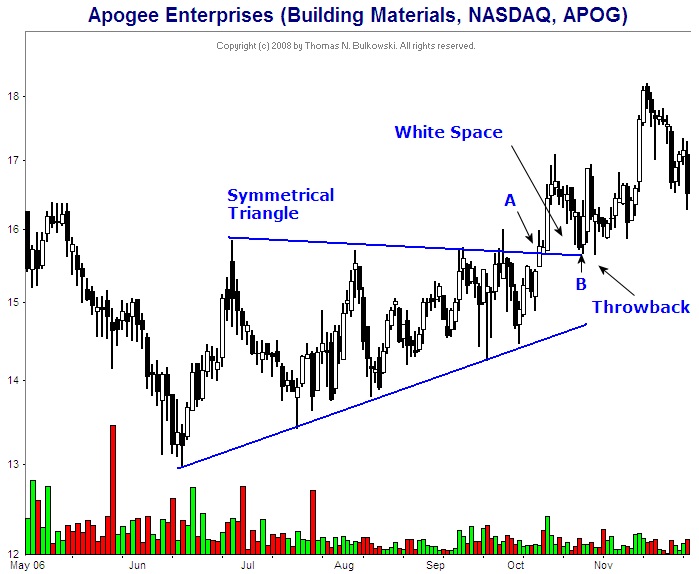 Figure 1: A throwback after an upward breakout from a symmetrical triangle.

A breakout from the symmetrical triangle occurs when price closes outside of the trendline boundary, not just pierces it. I show the breakout as point A in the figure. Price moves up for three days and then begins retracing the move, eventually bottoming at B. The looping action completes the throwback. Price “throws back” to the breakout price or trendline boundary, before rebounding.

Before we get to statistics, what should you look for in a throwback? Throwbacks regularly occur after the breakout from chart patterns, which are areas of congestion or sideways price movement. Most often, throwbacks occur after a high volume breakout. Price climbs upward for several days before rounding over and returning to the breakout price or chart pattern, leaving white space in the looping action (see Figure 1). The white space requirement separates a throwback from price sliding along the trendline. Finally, price must complete the return trip to the breakout within a month or else it’s not a throwback. The time limit is arbitrary.

I looked at 26,542 chart patterns of various types and found that 55 percent had throwbacks. Price rises for an average of five days after the breakout before the turn begins. During that time, the most likely gain is six percent to eight percent (found using a frequency distribution), but the average gain is nine percent. By the tenth day after the breakout, on average, price has returned to the breakout point. In 70% of the cases, price resumed the uptrend after that.

There are a few important points to remember here.

1. Do not panic when price begins turning down after the breakout. Once the throwback completes, there is a good chance that the upward move will resume.

2. If you are a nimble trader, you can buy at the breakout and sell when price peaks several days later. Then buy back in once price resumes trending upward after the throwback end.

3. If you see a breakout with unusually high volume, meaning that volume is above the 30-day average, then expect a throwback. A throwback occurs three times more often after an above average volume breakout than after one with below average volume

4. Finally, not all throwbacks end at the breakout price or chart pattern boundary. Thirty percent see price continue dropping below the bottom of the pattern.

Pullbacks are similar to throwbacks because it’s the same pattern flipped upside down. Figure 2 shows an example, but this time, price plunges down through the bottom of a large descending triangle. A descending triangle chart pattern has a flat base and down-sloping top trendline. The breakout is downward 64 percent of the time. 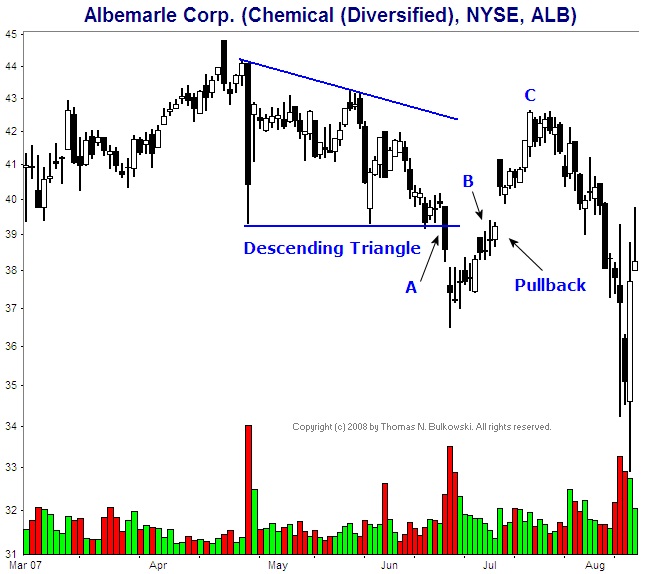 Figure 2: A pullback occurs after a downward breakout from a descending triangle.

I show the breakout at point A. The pullback completes when price climbs to B, the bottom of the triangle, but look what happens. Price continues moving higher, eventually topping out at C before jumping on the sled and sliding downhill again.

I found that the pullback rate was 57 percent. That means 43 percent did not return to touch the chart pattern boundary or the breakout price within 30 days. If it did return to the breakout after that, it still does not count as a pullback. This is an arbitrary limit, but one commonly recognized. It takes five days for price to reach bottom, on average, after the breakout. During that time, the decline is most likely four to ten percent, spread evenly, but the average is nine percent. After that, the long struggle back to the breakout begins. It reaches the chart pattern boundary or breakout price ten days after the breakout, the same as in a throwback. After that, price resumes dropping 55% of the time.

For traders, both throwbacks and pullbacks are significant developments. Imagine shorting the stock when it bottoms the day after A. Many novice traders will panic when faced with an uptrend in a short position. However, with patience and a bit of luck, the downtrend will resume and you’ll soon be in the money again. In 45% of cases, you’ll be taken to the woodshed, and that’s what makes trading interesting.

* All figures use Bulkowski’s proprietary software on the daily scale.

Thomas Bulkowski (e-mail: tbul@hotmail.com) is a private investor with 30 years of experience and considered by some to be a leading expert on chart patterns. He is the author of several books, the most recent of which is Encyclopedia of Candlestick Charts. His free website and blog have over 500 articles dedicated to price pattern research and is at www.thepatternsite.com.