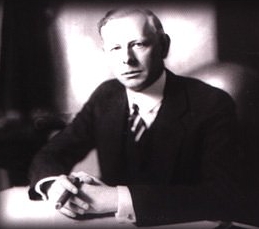 Jesse L. Livermore was born in South Acton, Massachusetts, in 1877. Livermore made and lost four stock market fortunes during his career. Livermore ran away from home in 1891 at 14 years of age, with little money, and immediately started working in the Boston offices of Paine Webber Brokerage. His job was to post the stock and commodities prices on the brokerage’s price quotations chalk board. He studied the price movements and began to trade on their price fluctuations. In his twenties Livermore moved to New York City to speculate in the stocks and commodities markets. He made so much money he was banned from the Bucket Shops of both Boston and New York.

In the Rich Man’s Panic of 1907, J.P. Morgan, acting as America’s de facto central banker, personally implored Livermore to stop selling-short. He made 3 million dollars in one day during the panic. This lead to his being known as the Great Bear. In 1919 President Woodrow Wilson invited Livermore to the White House to request that he unlock his successful (and at the time, legal) corner of the cotton market, for the wellbeing of the nation. Livermore sold the stock market short before the crash of 1929, and entered the depression with $100 million in cash.

He worked out of a lavish mahogany-paneled penthouse office on Fifth Avenue. Four to six assistants kept continuous track on a green chalk board of the price movements of Livermore’s leadership stocks. Once the market was open no one in the office was allowed to speak until the market closed. Information from the floor of the Exchange was transmitted by direct phone lines to Livermore’s board men, giving him a 15-minute advantage over the ticker tape. Livermore transmited his orders through 50, sometimes as many as 100, brokers to conceal his movements and massive positions. While Livermore never used charts in his trading, his approach to trading was technical. His first of three bankruptcies was due to a purely fundamental trade in cotton and from then on he relied on market price action for confirmation of any opinion. He observed patterns in stock price movements, and over time, formulated mathematical relationships, some of which resembled Fibonacci ratios.

Livermore, during his periods of success, enjoyed a lavish lifestyle; deep-sea fishing aboard his 300-foot yacht with its 14-member crew. He travelled between New York and Palm Beach in a personal railway car. His friends included Charlie Chaplin, Walter P. Chrysler, T. Coleman Dupont and Alfred Sloan. He liked to gamble at Ed Bradley’s illegal casino in Palm Beach. He also enjoyed grouse hunting with Bernard Baruch.

His repressed personality and preoccupation with the market led to deep dysfunction within his family. Livermore battled severe depressions throughout his adult life, and tragically took his own life in the Sherry Netherlands Hotel in New York in 1940. Reminiscences of a Stock Operator, is a disguised Livermore autobiography now widely recognised as a true investment classic. His own book, How to Trade in Stocks, was first published in 1940.