While a majority of Americans have opinions on the subject of nuclear power, only a small percentage have any idea that 20% of their power needs are met by an element that is in short supply.  Nuclear power plants rely on uranium for fuel.  Uranium is the densest usable fuel available on planet earth.  A closer study of the demand drivers for uranium and the extreme hatred directed at the sector highlight the imbalances that exist.  When sentiment is at an extreme in any market trading opportunities become available.

There are currently 443 active, power-generating reactors in the world.  In the wake of the Japanese disaster eighteen of these have been taken off-line: eleven in Japan may be shut down for good but seven in Germany will likely reopen. In the United States there are 104 reactors producing energy.  In total, this source of power accounts for roughly 15% of the world’s annual power consumption.  Fifty-nine more plants are under construction and 200 are in the planning phase worldwide.

The process involved in producing uranium is rather simple.  Just like many other elements uranium occurs naturally in the earth’s crust.  Areas that contain higher concentrations of the element are explored and where sufficient deposits exist mines are created.  Ore is removed from these mines and processed.  The uranium is separated from waste rock so that it can be processed into the final form knows as u3o8.

In 2009 185 million pounds of fuel grade uranium was required to meet the needs of power generation facilities.  Mine production in that same year was only 132 million pounds.  The balance of this demand was met by government stockpile sales and the Soviet Megaton to Megawatt program contributing 24 and 29 million pounds respectively.  The Soviet program was initiated in 1988 as a twenty-five year contract which will not be renewed in 2013.

The trading market for uranium is made up of two components.  A long term contract market allows power producers to secure supplies in advance at fixed prices.  These contracts make up an estimated 75-85% of sales while a small spot market accounts for the rest.  After a two to three year speculative run-up from $8-140 per pound the spot market consolidated in the $40 range for just over two years.  In the summer of 2010 several uranium producers found the $40 spot price cheaper than their own production costs and bought in the open market in order to fulfill their contract obligations.  This type of action is governed by simple economic law.  Conscious investors recognized that this was unsustainable and higher prices would soon follow.  Furthermore, this tells us that higher prices are required if greater production is to follow.  Producers must have incentive to get fuel to market. 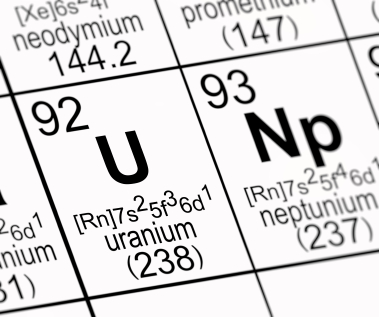 The price of uranium did rise to just under $75 per pound before the Japanese disaster.  Since that time the spot price has retreated to the $55 range.  While this seems like an incredible fall from grace it most certainly does not constitute bear market conditions.  As a reminder, the spot price is still resting at a level 40% higher than seen only one year ago.  What is much more interesting is that the contract price has only fallen to $72 per pound showing the true supply demand imbalance in this market.

Obviously a good deal of the new power plant construction currently underway is taking place in China.  The Chinese are committed to the goal of deriving 20% of their energy from non-carbon sources.  Uranium is the only means of accomplishing this goal.  Renewable energy makes for great cocktail party conversation but at best could only meet 5% of a developed nations energy needs.  Americans on the other hand protest the use of carbon-based fuels and expanded nuclear capacity.

As China’s nuclear capacity grows, so does their demand for fuel.  While the country is rich with many resources it does not appear to contain significant quantities of this key element.  Canada, the U.S., parts of Siberia, eastern portions of the former Soviet Union, Africa and Australia contain the bulk of the world’s known economic uranium deposits.

The United States currently uses just over 52 million pounds of nuclear fuel annually.  Due to its citizens’ blind hatred of the sector only 8% of this fuel is mined domestically.  Canada and Australia are the only reliable trading partners available.  As China becomes more aggressive in their efforts to secure the resources necessary to meet their basic needs, the spot price of uranium seems very vulnerable to increasing demand which at this time is not being met with additional supply.  These are the conditions that typically precede a rise in prices.  The price must rise to a level sufficient to lure enough new supply onto the market.

There are only a few ways to place capital in order to benefit from rising demand for uranium.  Many hedge funds bought physical uranium on the spot market during the two to three year speculative boom of 2004-2007.  There is now a physical ETF available which makes trading easier.  You can also look at GE and Siemens in order to benefit from reactor construction but these companies lack direct exposure due to their conglomerate structure.  Mining related investments stand out as the most attractive option.  Typically our fund recommends the following allocation when investing in resource based commodity trends:

The physical commodity holding acts as a base for the portfolio as there is no operating risk associated with ownership.  The blue chip miners need to be well-established firms with predictable production so that you can benefit as the market is surprised by their increased earnings tied to rising prices.  These firms typically increase dividends and buy junior producers as their cash flow increases.  We want to select junior miners who will be likely takeover targets for our blue chips.  The key focus in selecting the winning junior is people.  If you can research the company’s leadership and see that they have had success in the specific industry you can save a lot of heartache.  Mark Twain is famous for describing a mine as, “A hole in the ground owned by a liar.”  The guys who have discovered and developed uranium mines in the past will likely do it again.  Finally, explorers offer the excitement of producing that big hit.  The chances of a deposit becoming an economic discovery are about 1 in 2,000 so it is very important to mitigate risk by spreading capital over as many good explorers as possible.  We use a publicly traded Canadian resource merchant bank run by industry veterans who have financed mining deals for years.  They participate in private placement offerings with early stage explorers receiving stock and warrants in return.  By purchasing shares in the merchant bank we get exposure to just over 100 uranium explorers which significantly increases our odds of a big hit.  If capital is placed properly this section of the portfolio can produce significant gains.

The world is likely to experience more change over the next ten years than it did in the previous fifty.  Societies are developing and leadership is changing.  There are several billion people who are beginning to expect clean water, reliable transportation, a high protein diet and consistent electricity.  As demands for these things grow the fundamentals of their supply markets begin to change.  The key to making money is not only to recognize changing markets but to place capital in front of those changes.  The extreme supply gap in the uranium market offers an attractive chance to profit as the world wakes up and realizes that the needs for this critical fuel are not being met.