In the 1700’s a Japanese man named Munehisa Homma, a trader in the Osaka rice futures market, developed a method of technical analysis to analyze the price of rice contracts known as candlestick charting. Homma used Sakata’s Five Methods, patterns derived from rules used by local traders from his hometown of Sakata, as the foundation for his Candlestick Charting analysis.

Candlestick charts display the high, low, open, and close for a security each day over a specified period of time, in a format similar to a bar chart, but in a manner that extenuates the relationship between the opening and closing prices. A narrow line (shadow or wick) shows the day’s price range. A wider body marks the area between the open and the close, referred to as real body. If the close is above the open, the body is white or green (not filled); if the close is below the open, the body is black or red (filled). Steve Nison is credited with popularizing candlestick charting in the west and is seen as a leading expert on their interpretation. 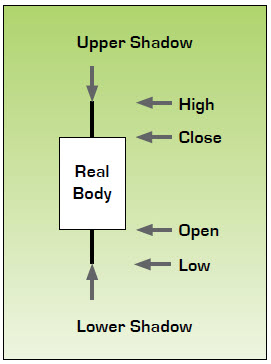 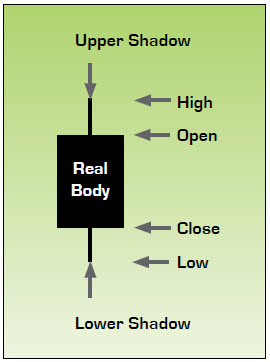 A reversal pattern is one that indicates possible change in trend direction. Market trend must be bearish leading into the bullish reversal formation.

Continuation patterns appear in the middle of an existing trend and suggest that the trend will resume once the pattern is complete.