The general idea behind value investing is that, for any of several reasons, a stock may be trading at a price that is far below its intrinsic value.  By purchasing the stock at its current price, an investor believes that eventually the market will recognize the company’s value and bid the stock up to reflect its intrinsic value.

What exactly is intrinsic value?  The simplest explanation is that it is the value of a business’ ongoing operations.  In other words, how much cash will the company generate in the coming years, and what is that cash generation value worth in today’s dollars?  Stock analysts use a complicated set of approaches to figure this out, but most average investors don’t need to.  There are plenty of simpler approaches to help you determine if a stock might be a value investment.

Any industry might contain value investments, they aren’t limited to any one sector.  There are countless reasons why a stock might be overlooked.  Legendary mutual fund manager Peter Lynch suggests that businesses that do something distasteful are often good candidates (mortuaries, pawn shops, janitorial companies, debt collectors).  Perhaps the company name or its product is boring (WD-40 was a value investment at one time).  The product or service might not be easy to understand or to value, so it gets dismissed (media conglomerates).  A company might just keep a low profile and tend to its knitting, so it doesn’t make big press releases (timeshares). A company may have hidden assets, such as a retail chain owning the real estate it occupies, instead of renting it.

You can do various screens as a first-step in finding potential value investments.   I stress that these are only screens.  You have to continue to dig into the company to see if there’s more to the story. Here are a few screens I like to use.

PEG Ratio less than 1: If you divide a stock’s p/e ratio by its annual earnings-per-share growth (usually provided by analysts), and the ratio is less than 1, it suggests that the company is priced at less than its growth rate.  For example, EZCORP Inc. (Nasdaq: EZPW), trades at $29.62 and is expected to earn $2.55 per share this year, giving it a p/e of 11.6.   Analysts project annual EPS growth of 15%, so the PEG ratio is 0.77, or 23% undervalued.

Stock Price less than Net Cash Per Share: Imagine if a company has a pile of cash.  Then suppose the stock price of that company on a per share basis was less than the cash per share.  That’s a potential bargain.  You can buy that company for less than its cash hoard.  Right now, Heely’s (Nasdaq: HLYS) has $2.48 cash per share and trades at $2.15.  That means you are essentially getting the company at a 14% discount to its cash value, and you get the actual operating business for free.

Stock price is less than book value: Book value is the total value of the company’s assets that shareholders might get if the company were liquidated.  It’s like the previous category, but this time we’ll include all the company’s tangible assets.  QKL Stores (Nasdaq: QKLS) owns a chain of supermarkets in China.  Their current price-to-book ratio is 0.65, suggesting that the stock price is less than the liquidated value of its assets. You can therefore buy the company for less than its tangible net worth.

Hidden Asset:  This screen requires detective work.  Sometimes the market may overlook the fact that a company is sitting on a substantial asset that isn’t accounted for in the stock price.  It’s often real estate, but it can be something more intangible, like an incredible R&D division that operates vastly more efficiently than its peers.  Or, perhaps its intellectual capital.  At one point a few years ago, Apple Computer (Nasdaq: AAPL) was not only selling for less than net cash per share, but Steve Jobs had just rejoined the company.  Talk about intellectual capital!  Until recently, Netflix (Nasdaq: NFLX) had a hidden asset in its technological ability to stream content directly to televisions, allowing it to eventually reduce or eliminate its mail service.  Recently, hedge fund manager Bill Ackman took a sizable position in J.C. Penney (NYSE: JCP), arguing that its real estate constituted a hidden asset.

The Guru Screen: Thanks to the internet and websites like gurufocus.com, you can see what hedge fund managers are buying these days.  It’s a great place to look for ideas, and their investment theses are often online, which go into great detail about what they purchased and why. 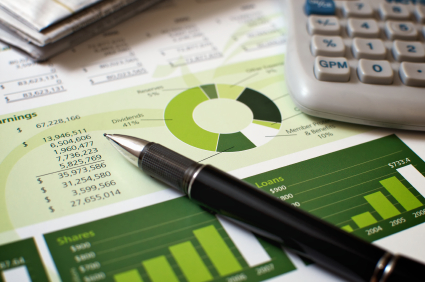 Are there pitfalls with value investing?  Yes!  Remember, these are just initial screens.  There are four major things to watch out for as you do your research.

1) Trouble in the financial statements.  A stock may have a low PEG ratio, and attractive growth prospects, but it may also have tons of debt and struggling to meet interest payments.  If the company doesn’t grow fast enough to generate enough cash to meet those interest payments, they may default on their loan.   Perhaps a company is trading below its net cash per share, but has a large principal repayment coming up which will suck a lot of cash from its treasury.  You must read financial statements and SEC filings carefully!

2) The bigger picture is cloudy. Most of the stocks in the secondary education sector are undervalued right now.  That’s because the federal government just passed onerous new rules restricting federal aid to enrollees, which may mean fewer students, and therefore revenue for these companies could be destroyed.

4) Something isn’t what it appears. Right now, there is a big controversy surrounding The St. Joe Company (NYSE: JOE).  One famous hedge fund manager is convinced that the company’s massive real estate holdings are almost worthless and its development projects are total failures.  He’s heavily shorted the company’s stock. Another hedge fund manger sees the opposite, and he’s purchased 30% of the company.  Who’s right?  Only time will tell.  It’s either the greatest value play ever, or a value trap.  Another good example is homebuilders, which are sitting on massive inventory which fluctuates in value with the housing market.  It’s hard to tell if they sit on a hidden asset, or a sinkhole.

No matter what value screen you use to find potential candidates, you always must conduct further due diligence into a potential investment.  That includes reading quarterly reports, evaluating financial statements, and going with your gut instinct.  Most of all, value investing requires patience.  It may be years before the market realizes the true value of a company, or it may never come to pass.