The science of technical analysis can be daunting for the newcomer. One of the most intimidating areas is the use of logarithmic charts. Adults who weren’t paying attention in their Math’s classes in High School will find the word ‘Logarithm’ in itself to be somewhat intimidating. The easiest way to explain how and why we use logarithmic charts is to illustrate the difference between a linear price chart and a logarithmic chart. The charts are both of Cochlear…the former with a linear price scale and the latter with a semi-log price scale. 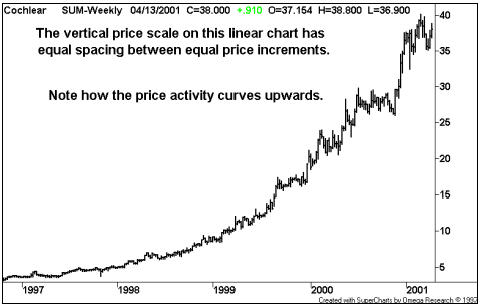 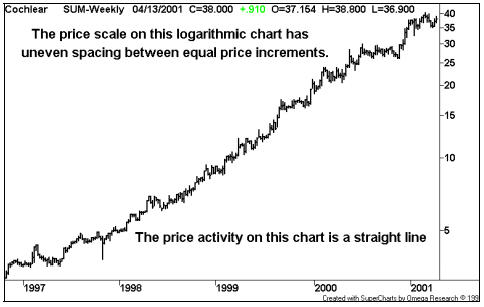 We use ‘Proportional change in price’ to observe market sentiment. Market participants move share prices either up or down proportionally depending on how bullish or bearish they feel. Imagine that a group of people were so keen on a share that they bought up the share price from $1 to $2 in one month. Now imagine that the same group of people were just as enthusiastic about the same share when its price was $5. They would move the price from $5 to $10 in one month.