Traders buy and sell for a variety of reasons. Some traders will make decisions based upon news headlines or gut feelings. One may read that gasoline prices are at record levels and decide they have to go down, while with equal certainty another trader decides the news justifies even higher prices. These strategies rely on luck, rather than mathematical probabilities, to succeed.

Some very successful traders, like George Soros, are believed to make decisions at least in part from the economic news. Some experienced traders are able to look at charts and have an intuitive feel for the direction of the trend. Many others rely on systems to lead to profits. Systems take emotions, like fear and greed, out of the process and use history as a guide to sound decision making. Complex and expensive software is available to design systems, but spreadsheets can also work.

Quantitative system design, a fancy way to say “building a system.” can be broken down into just a few steps:

1. Find a logical reason to trade
2. Decide what you want to trade
3. Identify realistic time commitments for trading based on your real life
4. Uncover rules for precise trading signals
5. Create and test the system
6. Monitor the system to ensure it still works

Each of these steps is an article in itself, so we will just touch on the general ideas here. The goal is simply to show that systems can be used by anyone, and without emotions involved in the trading process your chances of success increase. 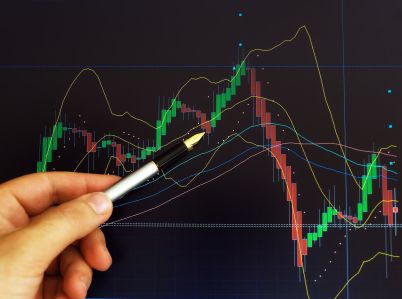 Finding a logical reason to trade sounds more difficult than it is. Returning to the example of gas prices, both traders are applying some degree of logic. The seller is thinking prices can’t endlessly move straight up. At some point there will be more sellers than buyers and prices will fall. Buyers believe that the trend is their friend and fighting the trend can lead to disastrous losses. Both are logical, but neither has a strong reason for trading right now.

Before either trader acts on their belief, they should consider what they want to trade. Gasoline futures offer high potential rewards, but carry a great deal of risk. Oil and gas companies, like ExxonMobil or countless small cap exploration companies, can provide exposure to gas prices without the risks of futures trading. Exchange traded funds (ETFs) or mutual funds can also be used to take a position in the market.

Deciding what to trade should be based on how much time you have to manage risk. If you will only be able to look at the markets at night, you should use more conservative ideas, like large cap stocks or very liquid ETFs. Risk takers can use small cap stocks, but stop loss orders are more likely to get hit and losses may be greater. Those with the time to monitor markets all day might be able to manage this risk better. Futures can work for anyone willing and financially able to bear the occasional large loss. Most individuals don’t really have as much time to trade as they think they do, and understanding the limitations can help in next step since it is even possible to develop winning systems based on weekly data.

Rules are the heart of the system. For example, someone thinking gas prices are too high may test the idea that if prices move to a new 52-week high, they are likely to fall in the next few weeks. Buyers may think that closing higher for four weeks in a row indicates the start of a powerful up trend. These ideas quantify the gut feelings we started with, and make the idea testable. In addition to an entry, systems require exit signals. In either of these cases, the exit can be as simple as holding the trade for two weeks before closing it, or exiting when price moves to a predefined moving average. The number of possible rules is limitless, and once selected there a wide variety of parameters for each rule in a system. That’s where testing comes in.

Either of these ideas is testable, and with just a little effort, either of them could actually be tested in a spreadsheet. Creating the system gets easier with experience, but success requires following the rules precisely and that requires an upfront investment in time. Testing involves looking at the historic results. Past performance is no guarantee of future results, as every mutual fund and many web sites remind us. But, the past is the only guide we have to the future in the markets. If the idea we started with was logical, we can expect that logic will hold up fairly well in the future, just as it has in the past. There will always be losses, but the test results will give some indication of how many losses there should be and how big the losses may be. Additional rules can be added to help reduce the severity of the losses, and if the probability of success is high enough based upon past performance, the trader has history on their side and should be able to obtain winning results going forward.

Since the future will vary from the past, traders can take steps to make sure their system is staying in tune with the current market. Many traders have several systems they use, and when one isn’t performing well, one of the others often is. This is because markets behave differently at different times. They seem to trend about a third of the time, and at these times trend following systems will make money while mean reversion systems will fail. In choppy markets, the opposite applies. Adding indicators, or simply applying some tests to the system rules, can help avoid those inevitable times when the system just can’t work.

Trading systems offer big advantages to traders. Even the smallest traders can benefit from building simple systems in a spreadsheet to guide their trading. Following a disciplined approach to system design, like the six steps we outlined here, will make the process easier, and with sound systems, profitable trading is possible for anyone.