One of the soundest bits of trading advice is to let your winners run and cut your losses early. To many traders, this means use a stop loss order to prevent large losses. Standard investment advice even goes so far as to recommend entering a stop loss order as soon as you open a position in a market to be sure you won’t experience a large loss. The problem with widely known investment advice is that it’s often shown to be wrong when put to the test.

Intuitively, stop loss orders should be a good thing. You seem to be protected against very large losses and you should know in advance how much you can lose on any trade. The reality is different.

A stop loss order is triggered when prices trade at the selected price. If it is entered as a market order, the trade will be executed as quickly as possible. It may be at the selected price, or more likely slightly below that price. In fast moving markets, slippage, which is the difference between the desired and actual trade price, can be significant. Stops are most likely to be hit in a fast moving market, exactly the time when the trade will be the costliest to execute because slippage will be higher than normal under those conditions.

An extreme example can be found in the flash crash which occurred in stocks on May 6, 2010. That was a big down day, with the Dow Jones Industrial Average down about 300 points in the late afternoon. In a matter of minutes, massive selling drove the Dow down another 600 points. Just as quickly, the market reversed and quickly regained almost of all that loss in under an hour.

In several exchange traded funds (ETFs), there were significant moves that were greater than the index. At its low, the S&P 500 was down a little more than 8.5%. ETFs are designed to track an index. The most heavily traded ETF that tracks the S&P 500 index is the SPDR (SPY), which fell 10.1% at its low. There is usually a small difference between the ETF and the cash index price, but this was a larger than normal difference and investors with standing stop orders lost more about 1.6% in slippage at the low.

Some individual traders prefer the iShares S&P 500 ETF, which trades under the symbol IVV, because the annual expense ratio of IVV is slightly less than the cost for SPY. During the half hour flash crash, IVV dropped 24.8%, and individuals suffered large losses if they had stop loss orders entered.

In this case, as in many others, stop loss orders exaggerated the market losses and locked in the loss for the trader. Often the market bounces back after hitting the stop level, but the investor is unable to participate in the gains since their position was sold at what, in hindsight, was the worst possible time.

For many years, traders accused market makers of trying to hit stop orders. This was true, to some degree. The role of market makers is to ensure trading is orderly and they do this by executing orders that are placed by investors and traders. A sell order placed below the market is an order that the market maker is obligated to execute and as the market falls, the spread (the difference between the bid and ask price) will be larger. This will result in a lower price for the seller as the market maker fulfills their obligation to execute orders as the market price approaches the stop loss price. 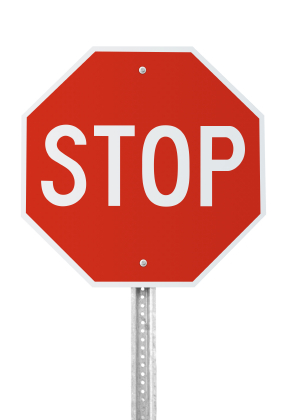 As we think about the impact of stop losses orders on the market, we can also see that when the stop loss orders are cleared from the market, prices will stop falling and should rebound. Digging deeper into the logic of markets, we now see that stop loss orders may not actually limit the size of the loss, and they also may not be executed at the best time.

Testing confirms that stop loss orders generally degrade system performance. As an example, we can use a simple breakout system on a diversified basket of commodities. The basket will consist of crude oil, sugar, copper, cotton, the US Dollar, 5-year Treasuries, and feeder cattle to include representation from all major futures groups. Stocks are excluded because they don’t test well in leveraged, trend following strategies as a general rule. Feeder cattle don’t trade well either but are included to represent the meats sector the market. We’ll buy when prices reach a new 20-day high. The position will be closed and reversed to a short trade when prices fall to a new 20-day low. It’s a simple strategy designed to catch big trends and is always in the market, but suffers a lot of losses.

With no stops, the strategy is profitable and tradable. After deducting $45 per trade for slippage and commissions (a high hurdle but it’s better to test under extreme conditions to improve the likelihood of future success), the system makes an average of $1,400 a month over the past forty years, with 40% of the trades being winners and the maximum drawdown limited to 11% of profits. These are unoptimized results that could easily be improved upon.

With a stop loss of 2%, a commonly recommended value, average profits fall by about $200 a month and the number of winning trades falls to 31%. The drawdown relative to profits increases. Using a smaller percentage for the stop loss level lowers profits even more and continues to decreases the percentage of winning trades.

Stops, in theory, protect capital. In reality, they add trading costs. Adding the stop to the test increases the number of trades by 20%, and at $45 per trade the costs add up. Costs of a trade include not only commissions, but the amount the market moves while your trade is executed, and the cost of taxes on your profit. Commissions may only be $0.99 a round turn but fees of several dollars are added to that, slippage is real and unavoidable, and taxes are the best problem a trader can have since it means they made money trading.

Other systems tests will show similar results and confirm that putting a stop in the market lowers profits. Stops also increase the personal agony associated with trading since you will inevitably have some executed near a market reversal, and if your stop had only been two ticks lower, you’d have stayed in the trade and recovered from your loss.

In practical terms, there are ways to limit losses without placing stops when you enter a trade. As a trader, you need to follow the markets and doing so means checking on open positions. At the end of the day, or the end of the week, while checking open positions, if the trade has lost more than a certain amount, it should be closed at the next open. This strategy has some of the same discipline as a pre-entered stop loss order if followed 100% of the time. It also has the advantage of not allowing the order to be hit at a bottom, and many times traders will catch part of a rebound by waiting until the next day, or the next week to place the order.

I prefer waiting for two closes below the level I’m looking for before exiting a trade on a stop loss. It allows time for the market to recover some of the losses and the extra day acts as confirmation that the trade is truly a loser.

I also use a dollar amount to set a stop loss, rather than a percentage or a technical level. From my perspective, the problem with percentage stop losses is that they may require a deeper dollar loss than I am comfortable with. The problem with technical levels is that they are easily spotted on charts and other traders are using them, which means you’ll see more slippage at those levels and they often serve as reversal points after the standing stops are executed.

Loss control is an important part of trading success. Traditional stop loss orders are not the only way to do this, and often turn out to be among the most costly ways to protect your trading capital.