Everyone has heard a tale of investors being defrauded, especially lately. While there are the Madoffs and Stanfords of the world, who just out and out steal from their investors, there are also rogue traders who, either by malice or incompetence (or both), have put institutions out of business. One thing to note, we are listing some of biggest villains and scam artists that have already been caught, not every scam out there. Generally the rule of “if it is too good to be true, it probably is” holds true but every investor should be sure to do their due diligence before making any investment. And if you are not sure, it probably makes sense to err on the side of caution. We have broken down the top ten rogues and villains into two sections: rogue traders and investment defrauders.

Troubled by the loss of his father and girlfriend, Jerome Kerviel ended up losing Societe Generale a total of £4.9 billion. Similar to Leeson, Kerviel continued to add positions to a losing position, just on a massive scale. Kerviel got caught on the losing side of an arbitrage trade between equity derivatives and cash equities. At one point, Kerviel had engaged in trades worth over £49 billion, which was larger than SG’s market cap. Unlike many others before him, Kerviel never really personally benefitted from his fraudulent activity. Had he not been caught, he might have received a bonus, but for the most part, he never got anything but his regular salary. Many people believe Kerviel is the scapegoat for lack of any sort of risk control at SG. It is hard to believe that nowadays anyone’s losses could go undetected, especially on that scale, with today’s risk controls.

Portrayed by Ewan McGregor in the movie Rogue Trader, Nick Leeson not only lost capital on a large scale, Leeson was solely responsible for putting a 230 year old institution out of business, Barings Bank. It was Barings Bank that financed the Louisiana Purchase. Leeson was the general manager for the bank’s Singapore operation on the floor of the SIMEX. In 1992, Lesson started making unauthorized trades, which were initially profitable and was 10% of Barings’ profits. On January 16, 1995, Leeson had a short straddle on, figuring the Asian exchanges would not move much overnight. Instead, an earthquake hit Japan and his positions went into a tailspin. Leeson tried to recoup his losses by making massive bets that the Nikkei would recover quickly, which it didn’t. In the end, losses reached over a billion dollars and on February 26, 1995 Barings was declared insolvent.

Although Young didn’t steal the most amount of money, he is included here because of the bizarre events that transpired during his arrest and trial. Young initially made profitable bets on unlisted stocks back in the early eighties. Young got into trouble as he started to up his bets on unlisted companies by circumventing fund regulations and holding over three times the allowed limit of any one company. Young ultimately got caught as one of his holdings, Solv-Ex came under SEC and FBI scrutiny. Morgan Grenfell soon discovered that some of the companies in the fund that invested with Young were wholly owned by Young. The bank eventually covered the losses. During the trail, Young routinely would wear women’s clothing to trail and confessed to a botched do-it yourself sex change. Young was initially found guilty on all charges but was soon thenafter declared mentally unstable and the verdict was voided. Young now likes to be called Beth and takes powerful anti-psychotic drugs.

Brain Hunter was a Natural Gas trader for Amaranth Advisor, which had over $9 billion in assets back in the mid 2000s. Hunter earned a degree in mathematics from the University of Alberta. In his first couple of years trading, Hunter was a star and made profits over $65 million in his first two years. In 2003, things changed considerably. Hunter, who was running Deutsche Bank’s natural gas desk at the time, lost $51 million in a week and was soon let go. In 2005, Hunter was reportedly offered a $1 million bonus to join SAC Capital Partners when Nicholas Maounis (head of Amaranth Advisors) offered Hunter co-head of the firm’s energy desk and control of his own trades. Hunter had gone long Natural Gas in 2006, figuring prices would rise in the winter. Natural Gas went from a decade peak of $15 to a low of $5 by mid 2007. In total, Amaranth ended taking losses of $6.6 billion and had to dissolve. Hunter still manages money at a hedge fund today and actually tried to open his own hedge fund (in 2007) before government red tape stopped the process.

Hamanaka was the chief copper trader at one of the largest trading companies in Japan, Sumitomo Corporation.  Called “Mr. Copper” and “Mr. Five Per Cent”, Hamanaka was one of the largest copper traders in the world back in the 90s. At times Hamanaka was in control of 5% of the world’s copper supply (hence the nickname) via owning copper in warehouses and being long large amounts of futures contracts. Hamanaka used Sumitomo’s size and capital reserves to essentially corner the market at the London Metal Exchange (LME). Hamanaka kept prices high at the exchange for nearly a decade as he collected premium from the sale of psychical copper in his reserves.  Things went well until in 1995 Chinese mining finally hit the market and forced copper prices to plunge. In the end, Hamanakas’ losses were never completely known but were estimated around $5 billion. 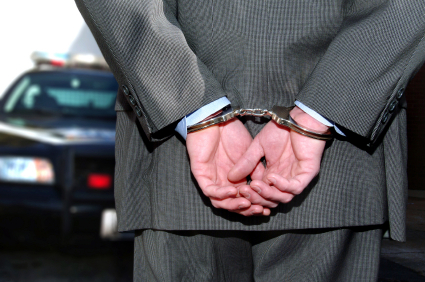 In the ‘Lipstick Building’ in downtown Manhattan, Bernard Madoff defrauded investors close to $65 billion, far and away the largest scam of its kind. Madoff used to be known as one of the pioneers of NASDAQ , specifically as a market maker. Madoff was responsible for bringing over tons of business from the NYSE to NASDAQ and even sat on their board. Madoff originally solicited money for a low-risk investment that sought to use derivatives to make small gains in equities in the early 90s. Somewhere along the line, Madoff Securities went from a low risk hedge fund to an out and out Ponzi scheme.  In December 2008, Madoff received $7 billion in redemptions, which he could not meet. Probably one of the more surprising things is that the SEC was in Madoffs’ offices multiple times and never found anything wrong, even with the help of whistle blowers.

Stanford started his career as a body builder and real estate investor in Texas in the 1980s. Stanford and his father made a fortune in the Houston real estate after the oil bubble of the 70s burst. Stanford later moved to the Caribbean where he set up the Stanford International Bank. In the late 2000s, things went array between Stanford and Baldwin Spencer (prime minster of Antigua). Soon after, the SEC, FBI, Florida Office of Financial Regulation and FINRA started to investigate Stanfords’ doings. On February 17, 2009 federal agents raided his offices in Houston, Memphis and Tupelo. In total, Stanford ended up swindling nearly $8 billion in assets. He currently resides in a private prison in Texas.

Nicholas Cosmo worked for Agape World before being arrested in January 2009. Cosmo promised people a 10-12% return by issuing commercial bridge loans. Much like Madoff (and all Ponzi schemes), the scheme finally fell when three commercial developers defaulted   on their loans. In the end, Cosmo was charged with mail fraud of nearly $400 million.

Through the early 2000s, Dallas based Provident Royalties accepted funds from over 7000 investors with promises of returns of nearly 18% annually in the oil and gas sectors. At times, less than half of the assets under management were invested but clients were told it was 86%. Early investors ended up being paid by new investors, through the issuance of preferred stock. They are reported to have made off with over $450 million.

Marc Dreier was a lawyer in New York who tried to engage in securities and wire fraud by selling fake promissory notes. During the scheme, Dreier collected more than $700 million through the sale of fake promissory notes from a New York real estate developer, a Canadian pension plan and another Canadian company. All in all, Dreier was caught with nearly $400 million in embezzled funds.