If you are using a computer screen to access this article, rare earth elements are involved. Europium, Terbium and Cerium all play key parts in the production of flat panel screens. These essential elements have made possible most of the devices that we associate with modern life. While the mainstream press has recently characterized this misunderstood sector as not that rare and in bubble formation, objective analysis shows that nothing could be further from reality. 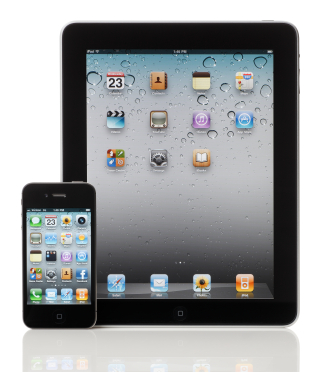 The first rare earth element discovery is credited to Lt. Carl Axel Arrhenius who in 1787 stumbled on a black material while working at a quarry in Ytterby, Sweden. This element was later named Ytterbium after the village. Most of the 17 elements know as rare earths were identified before 1900.

India and Brazil were the first to actively mine rare earths in the 1940s. These nations easily accessed the elements through huge naturally occurring monazite sand deposits. In the 1950s South Africa lead the charge before the United States developed Mountain Pass in California. As the uses for these elements grew access to them became more strategic. This remained a small market for many years. In the 1990s environmental activism and high production costs forced the closure of Mountain Pass and China became the world’s sole supplier of these elements.

The Chinese understand this trend. The Molybdenum Corporation, owner of the Mountain Pass mine, was purchased by Unocal Corporation in 1977. In 2005 Chinese National Offshore Oil Corporation, CNOOC, made a bid for Unocal that raised very few eyebrows. Almost no one noticed that Unocal still owned Mountain Pass. Luckily, this issue was brought to the attention of US leaders and the sale was blocked. Unocal later merged with Chevron.

It may be important to look back for a moment and remember that in 1990 only senior executives had cell phones, the television took up half of your living room and a personal computer was basically an overpriced word processor. There was no vision that releasing control of this supply chain would ever cause a problem for our powerful society.

An example of the perilous situation created by releasing control of this sector can be seen in the market for Neodymium. Traditional magnets are useful in many situations but do not perform well under high stress. For example, the small tail fins used to guide smart bombs to within inches of their target while traveling at high speeds require more heat resistant materials. Neodymium, in combination with iron and boron, is used to make what is known as a permanent magnet. This product is currently the strongest form of magnet known to exist. The permanent magnet industry commands sales of more than $4billion annually and continues to grow.

More than 25 kilograms of rare earth elements are required to produce the motor and battery system found in a Toyota Prius. As modern society demands cleaner energy windmills are often suggested. Each windmill requires more than 300 kilograms of Neodymium alone! Modern life is truly not possible without access to rare earth elements.

China currently controls 97% of the world’s annual rare earth production. They only control 38% of the known supply but western societies have a lot of catching up to do in order to develop their deposits. In the past few years small rouge mining operations would partner with smugglers in order to profit from surging demand. The Chinese government has cracked down on illegal mining, implemented strict export quotas and is now in the process of creating a rare earth exchange in Baotou. These steps have allowed them to place an even stronger grip on the market for rare earths. Prices have responded accordingly and can be put into context while viewing the following charts courtesy of www.metal-pages.com:

In 2010 the world consumed between 110,000-120,000tn of rare earth elements. This number is increasing at an estimated 10% per annum. As new technologies emerge the demand for these elements grows rapidly. Where will desperately needed supplies come from?

As previously noted, China controls 38% of the world’s known rare earth resources. The balance is split between:

The only solution to skyrocketing prices is new supply. China has developed a tremendous position of power by controlling this sector and is not likely to relinquish control without a fight.

Investing in this sector can be a daunting task. Major media outlets are quick to label the sector a bubble and discredit the story entirely. At some point in the next year we predict an announcement from a major free world manufacturer that deficient access to these critical materials has caused production to cease. This will likely occur in the alternative energy or automotive sector. When this event, or a similar one, occurs the world will finally wake up to the reality that there is a key component required for the life they have become accustomed to and they do not control the supply of it. There will be frantic calls on government to fix the problem and we also predict that any necessary amount of money will be used to acquire available quick to market mining projects.

There are over 200 companies that claim to be in the business of discovering and developing rare earth element mining projects. We predict more than 90% of these will fail. As frequently pointed out by unaware and over-educated journalists, rare earth elements do occur frequently in the earth’s crust making them not that rare. Finding them in concentrations rich enough to justify development is an entirely different task.

Once a mineable deposit has been discovered the right people must be in place to develop it. The mining sector is a small club and sticking with the management teams that have a track record of developing projects is one easy way to avoid large capital losses. These people must be properly financed. The financial crisis of 2008 taught many junior miners that debt financing is not always the smartest option. Consequently, many of our favorite picks in this sector are debt free and have raised sufficient capital to complete the feasibility studies necessary for the next stages of development.

There are only two publically traded rare earth mining companies available to US investors that will produce any material in the next year. These companies have deposits rich in light rare earths. The most dramatic price rises have been seen in heavy rare earths. (see periodic table at the beginning of this article) Even China is worried that they will run out of heavy rare earths at some point. Companies selected in a proper investment model should be rich in heavy rare earths, easily accessible for mining and well into the evaluation process. Mines slated to begin producing material after 2015 will likely never make it to market.

If you select companies with deposits meeting the above criteria that are managed by competent industry veterans who are properly financed your chances of success will be greatly increased. In the event that you are not able to perform your own due diligence we offer an industry review along with a recommended allocation in the 9 stocks that we feel are the most deserving of precious capital. For more information email ksircapital@gmail.com and mention TradersLog.com to receive a special discount.