The MACD, Moving Average Convergence Divergence, indicator is probably the most popular indicator in use today. It is also one of the most misunderstood, with it often being described amongst chartists as ‘An average of an average’. Before we begin to dissect the MACD indicator it is necessary to mathematically define the signal line, reference line and histogram. Depending on which charting program you are using, the formulas for the Signal line and the Reference line may be reversed. The values in these formulas are the universal default settings.

The following chart of Telstra shows how the MACD is interpreted as a ‘Buy & Sell’ indicator. 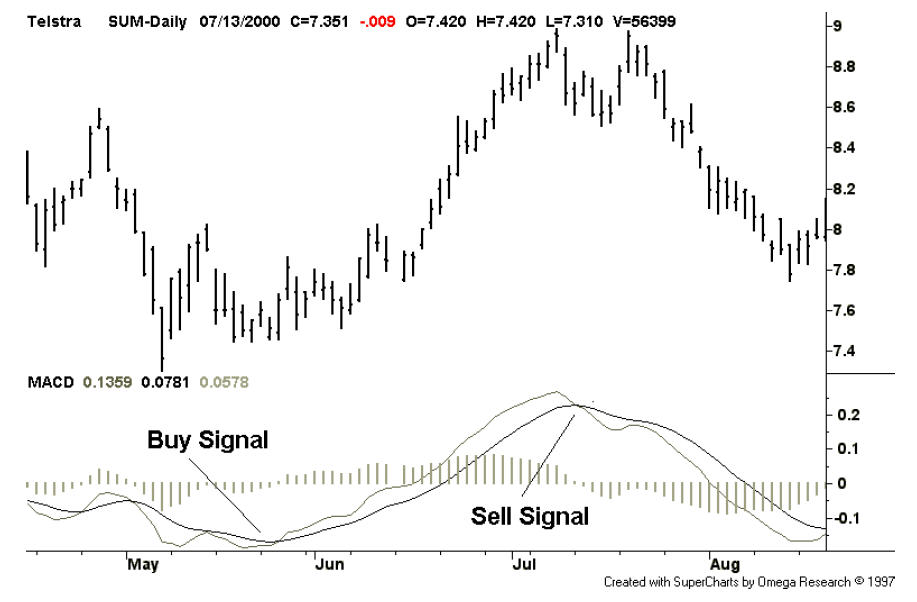 The Designer of the MACD Indicator, Gerald Appel, claims that the MACD works better in a rising market than a falling market. It is also universally accepted that a buy signal is more reliable if the crossover occurs below the histogram and similarly for a sell signal that occurs above the histogram.

The histogram component of the MACD indicator can also be employed as a momentum oscillator. The signal line of the MACD measures the distance between the 12 day EMA and the 26 day EMA by subtracting one from the other. The distance between these 2 averages will fluctuate in sympathy with any change in the direction of price activity. The signal line is in fact amplifying any changes in the direction of price activity as shown in the following chart. 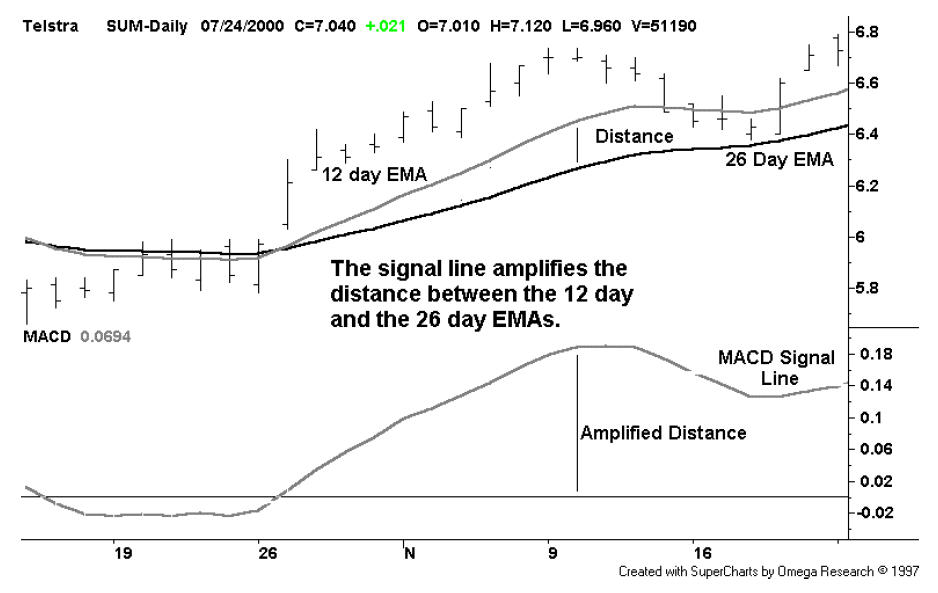 The reference line is a 9-day EMA of the signal line and, as such, is designed to lag behind the signal line. This lagging effect generates crossovers whenever there is any change in the direction of price activity. The MACD Histogram which was developed by Dr Alexander Elder, author of Trading for a Living, takes the whole process a step further by amplifying the difference between the signal line and the reference line. In doing so, the Histogram is measuring the rate of change of the direction of price activity which is in fact momentum.

It can be employed as a momentum oscillator by dividing it by the 26 day EMA to normalize it over time. This is a necessary step because the MACD Histogram, unlike most other momentum oscillators, is directly linked to price and as such has an unwanted tendency to increase in magnitude with any overall increase in price. The MACD Histogram Momentum Oscillator provides a generally smoother and less responsive signal than its more conventional and better known cousins, the RSI and Stochastic oscillators.

The MetaStock formulae for the MACD Histogram Momentum Oscillator is:

Most charting programs will allow users to overlay indicators with support/resistance lines. These lines can be positioned over the MACD histogram momentum oscillator to create overbought and oversold zones. There are no set rules or values for creating these zones and they can be adjusted to suit the behavior of each individual share as shown in the following chart of Telstra. Note that the scale of the MACD oscillator is of no importance and its magnitude will vary dramatically from share to share. 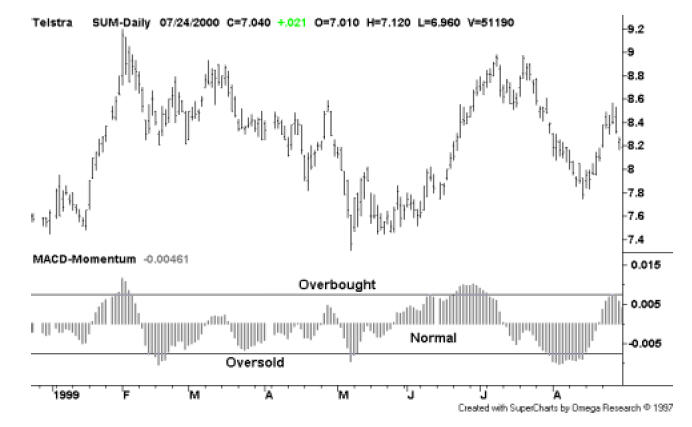 The following chart compares the MACD oscillator to the RSI and stochastic oscillators. 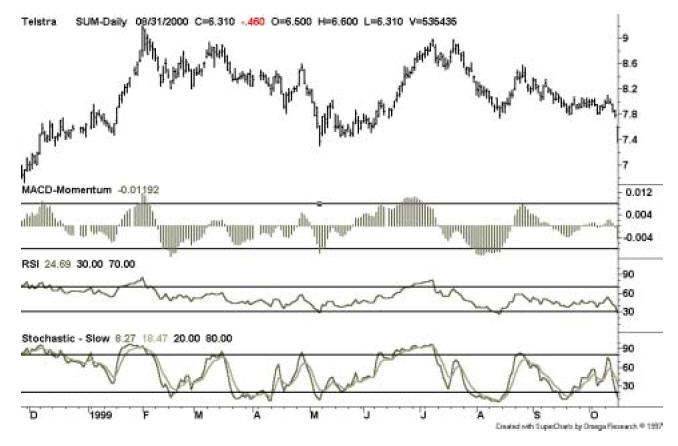