In the past ten years, food prices have increased dramatically due to a variety of reasons. Social engineering, global warming, increased speculation and global population, along with many other causes have been blamed for the higher food prices. The implications for higher costs for food are not good for a world that already has too many people starving. Throughout history, revolution has been waged by the poorest who have too low of a standard of living to survive. Unless we implement dramatic change, the probability of unrest across the globe increases every year. In this article, we will go over the main causes of the higher grain prices, the effects these prices have already had along with some ideas to change our current situation. One thing we would like to add is that this is already a very precarious situation which could change by many unseen forces (global warming, social unrests, and changes in regulation to name a few) that would have consequences unimagined.

One question many have is how higher are prices versus their norm. In this article, the examples we are using are corn, oats, wheat, soybeans and rice prices. The reason we chose these were because these are all exchange traded commodities with a verified price history of at least 40 years. Also, these commodities are the base ingredients for a widespread amount of food products from bread to animal feed to basically its own food group (rice). One thing to note, food prices traded in a range between 1970 and 2000 (with a few exceptions) with 2000 marking the start of the dramatic increase in prices.

Although on a much smaller scale, oats has seen a rise its price as well. Using the same time frame of 1970 to 2000, oats traded between $1 to $2.40 per bushel. Today, oats trade for $3.45 per bushel, which is still a double of its median price for over thirty years.

One of the bigger changes in prices has occurred in wheat. Over the same thirty year period, wheat had a range of $2.20 to $5.30 per bushel. Just a few years ago, wheat prices touched over $13 per bushel, which is almost a fourfold increase over its median. Wheat is used on such a large scale for bread and animal feed, this type of increase leaves many people starving which leads to unrest. 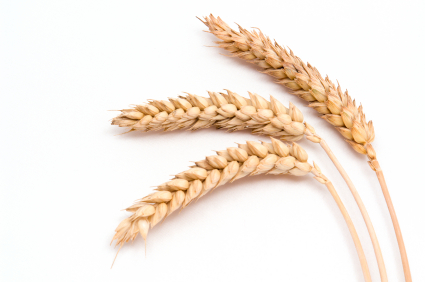 Although soybeans have always been expensive relative to the rest of the grains, beans have seen a dramatic increase in its price. Today, beans trade for about twice as much as the used to from 1970 to 2000.

Last but least is the higher cost of rice across the globe. Much like wheat, rice is widely consumed on a mass scale but as a basic food group, especially in Asia. Prices of rice have more than quadrupled in the past ten years, leaving many Asians starving.

As you can see, we have experienced a spectacular run up in prices over the past ten years. There are a myriad of reasons for this increase and we will discuss a few of them here. Global warming, increase usage of bio-fuels, an influx of speculator money into commodities, the rise of China and India, less acreage for growing crops, inflation here in the United States and the impact of globalization.

First let’s take a look at global warming and its impact upon food prices. At this point, we would find it unimaginable for anyone to dispute that humans have had an impression on the way the world works, whether you believe in global warming or not. We have started to see 100 year floods/hurricanes/droughts/winters almost on a routine basis. Just look at the impact the floods in Pakistan, China and the United States had on cotton prices. Cotton hit all time highs, even after adjusted for inflation (even higher than during the Civil War). Whether or not this was distinctly and directly caused by humans is undeterminable and irrelevant, the fact is that this is happening. Another example would be the drought in Russia and the run-up in prices of wheat, just last harvest. Couple these factors with the fact that almost one-third of all food rots (even with modern transportation and shipping) and it is easy to see prices rising further moving forward.

In the past few years, China and India have busted into the global scene on a massive scale. Although this been great for their individual economies, and therefore their people, this rise has had a few negative effects on the world as a whole. One thing that has happened is that there has been a remarkable uptick in demand for crude oil and energy. As crude supplies have not been able to keep pace with demand, prices have doubled. Not only has this had a negative effect on food prices by pushing them higher, (if it costs more to get it there, consumers have to pay more) it has increased the need for bio-fuels. Corn prices have increased as a response to the demand for ethanol, which now accounts one third of corn production. Another unintended effect of the rise of China and India would be the move to urbanization by their populations. Conservative estimates say that in the next twenty years, 10 to 20 million people will move from rural areas in China to major cities. This obviously means less people to farm the land but also less land to farm (as the cities will have to grow to accommodate the influx of people). These are just a few examples of the causes the growth of China and India have had on the world.

With over one billion people in the world already starving, this increase in food costs has serious negative consequences. We have already seen riots in Tunisia, Haiti, Egypt and in Asia due to lack of food for the poorest. Food is now a larger part of individual wages than ever before and it looks to be increasing.  Back in 2002, the least developed countries spent nine billion on imports of food, today that number is 23 billion. Obviously we are headed for widespread unrest unless we can get a hold of food prices.