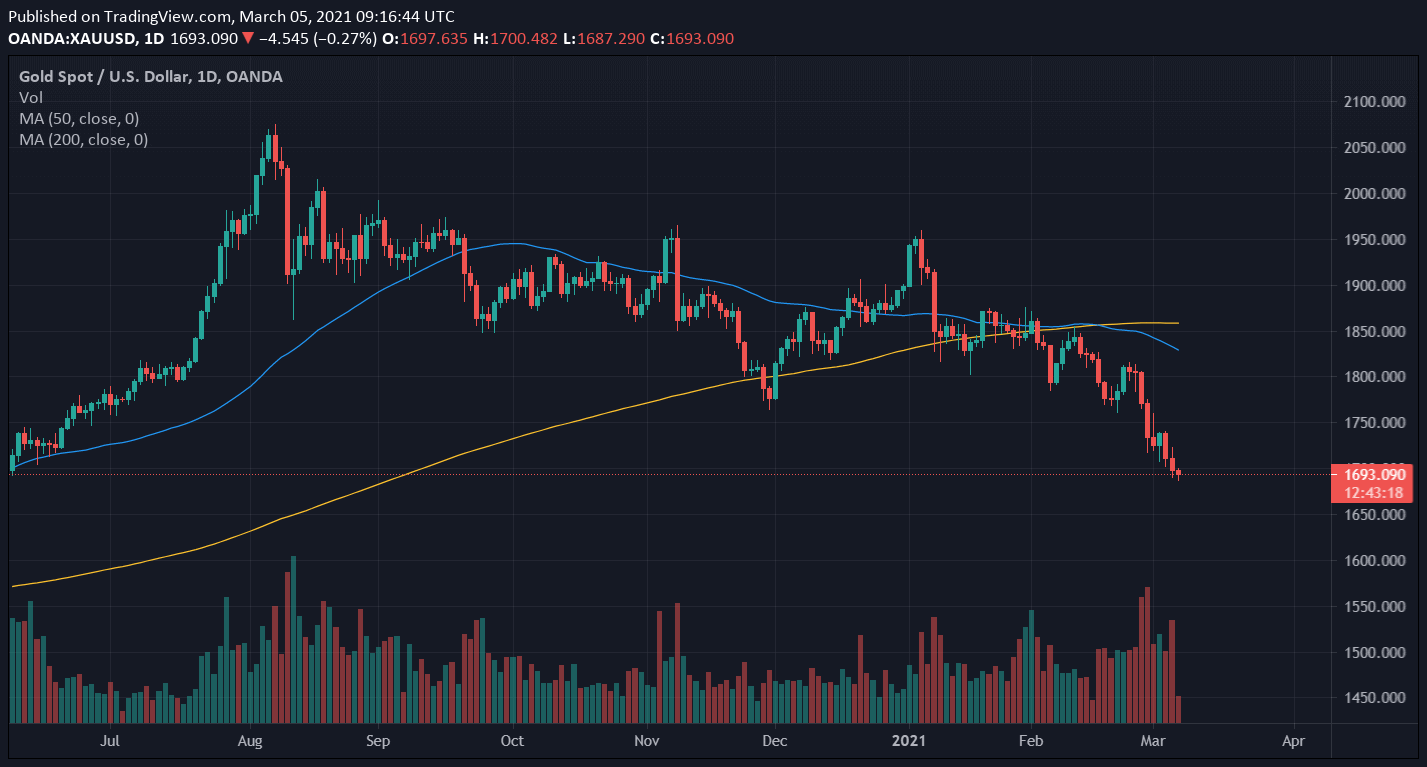 Gold fell to its lowest levels since last June in early Friday trading. The move came as the US dollar was boosted by remarks from Federal Reserve Chair Jerome Powell on Thursday.

Powell reiterated his intention to continue with easy-monetary policy, but did not signal an intention to suppress the rise in Treasury yields. Rising bond yields dampen the appeal of non-yielding assets such as gold.

Both stocks and bonds sold off after Powell forecast an increase in consumer prices this summer. During an interview at the virtual Wall Street Journal Jobs Summit, he stated: “We do expect that as the economy reopens and hopefully picks up, we’ll see inflation move up.” The S&P marked its third straight daily loss and the Nasdaq turned negative for 2021.

The market now looks to the US employment report, due for release later on Friday. Analysts expect that 197K new jobs were created in February and that the unemployment rate held steady at 6.3%. Better than expected figures typically underpin the US dollar.

Looking at the gold daily chart we can see that a bearish death cross pattern formed in mid-February. A steady downtrend has been in place since August. For now gold appears to have found support at the 0.618 Fibonacci retracement level: 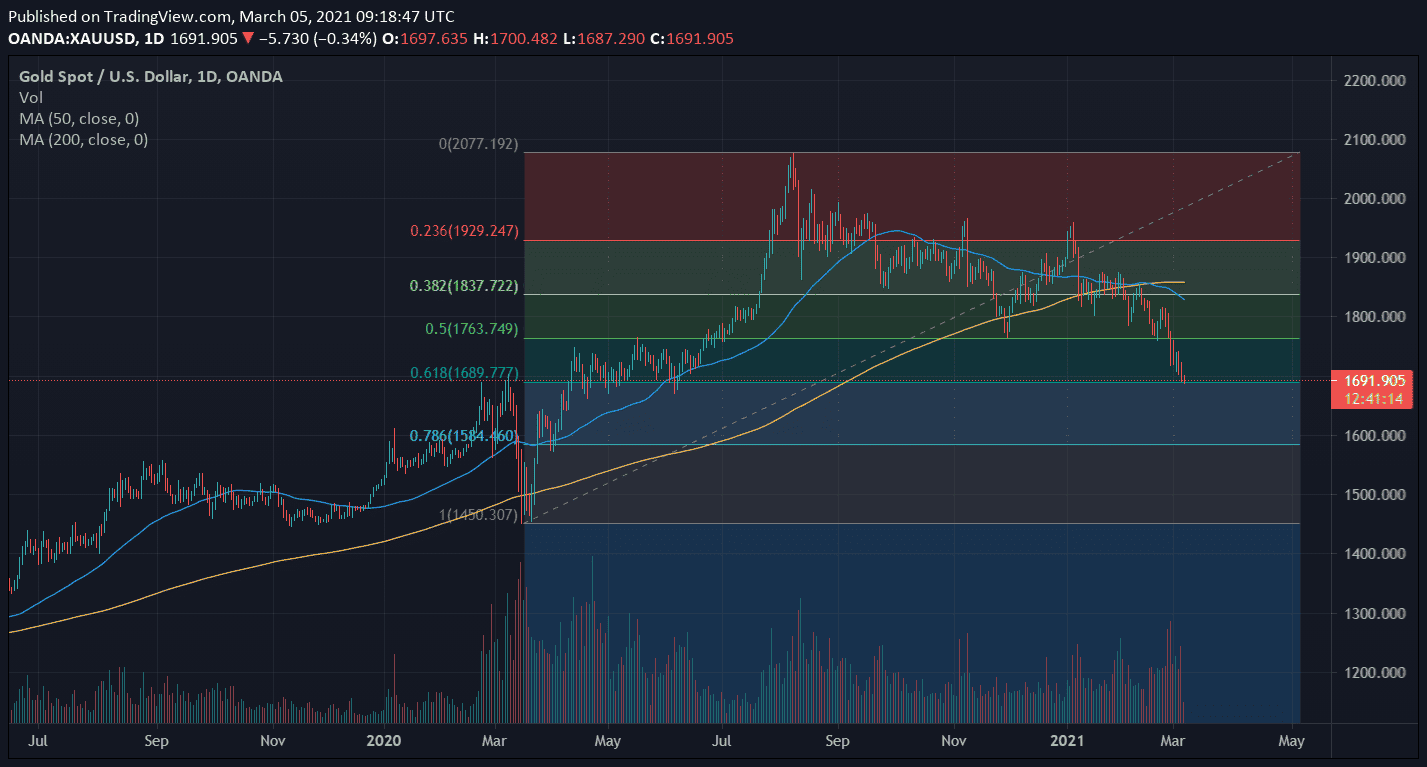 Meanwhile, Bitcoin, gold’s digital rival, also lost ground on Friday. The word’s largest cryptocurrency is back below the major psychological level of $50k.