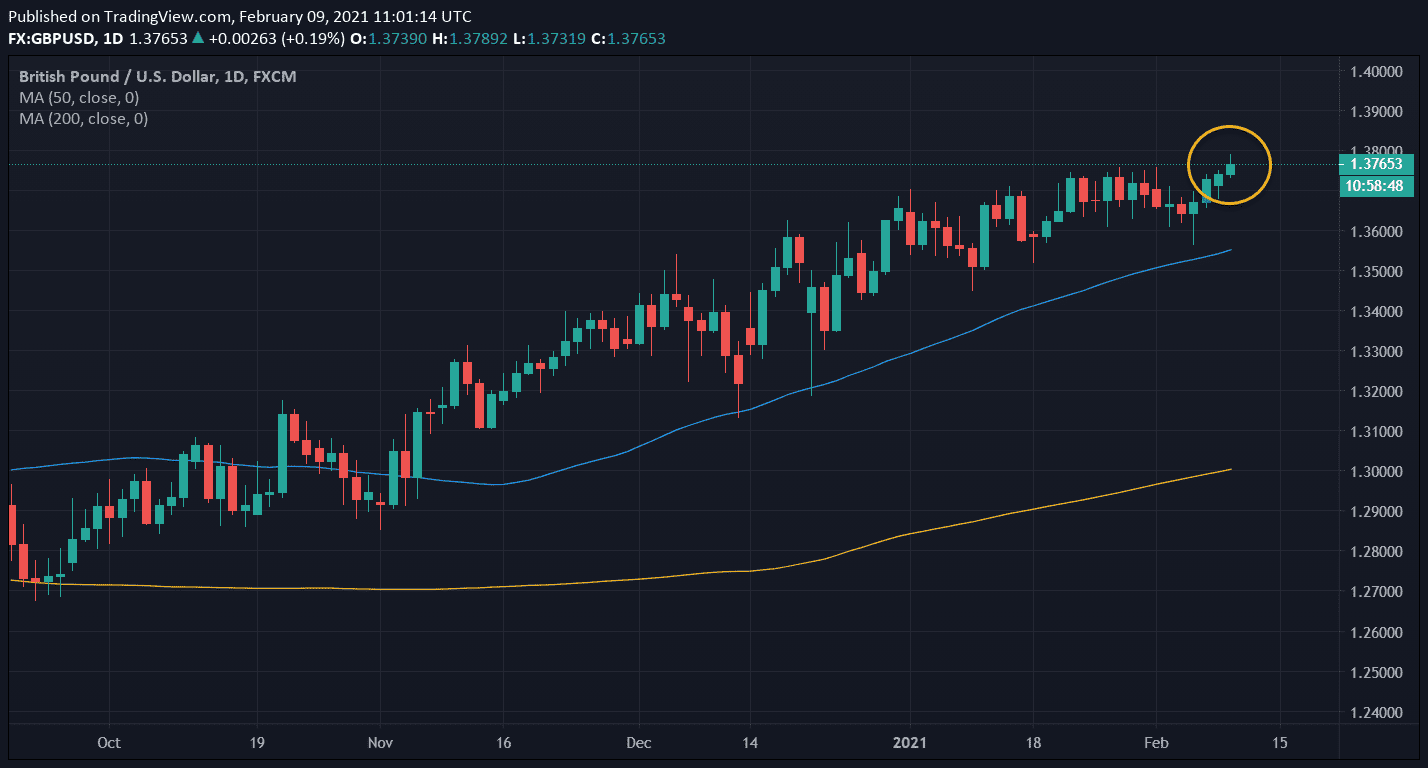 The British pound reached the highest levels against the US dollar since April of 2018 in early trading on Tuesday.

Sterling has been boosted by an increase in risk appetite among investors, progress on the UK’s Covid-19 vaccine roll-out and dampened expectations of negative interest rates from the Bank of England (BoE).

Over 15% of Britain’s population has received at least one Covid-19 vaccine shot, inspiring a sense of optimism among investors. The European Union lags with roughly 3% vaccinated. After a slow start in 2020, the US is now averaging more than 1.3 million vaccinations a day.

On February 4th, the BoE held interest rates unchanged at 0.1% and signalled that an imminent rate cut is unlikely. Minutes from February’s monetary policy meeting said:

“While the Committee was clear that it did not wish to send any signal that it intended to set a negative Bank Rate at some point in the future, on balance, it concluded overall that it would be appropriate to start the preparations to provide the capability to do so if necessary in the future.”

In an interview with the Observer over the weekend, the BoE governor, Andrew Bailey, said the UK economy should make a strong recovery from the pandemic. He suggested that after being confined for such a long time, people would “go for it” after the economy reopens.

Meanwhile, the US dollar has retreated after the release of disappointing jobs data. The department of labor reported that the US added 49,000 jobs in January, missing estimates of 105,000. However, The unemployment rate fell to 6.3%, beating analyst forecasts of 6.7%. 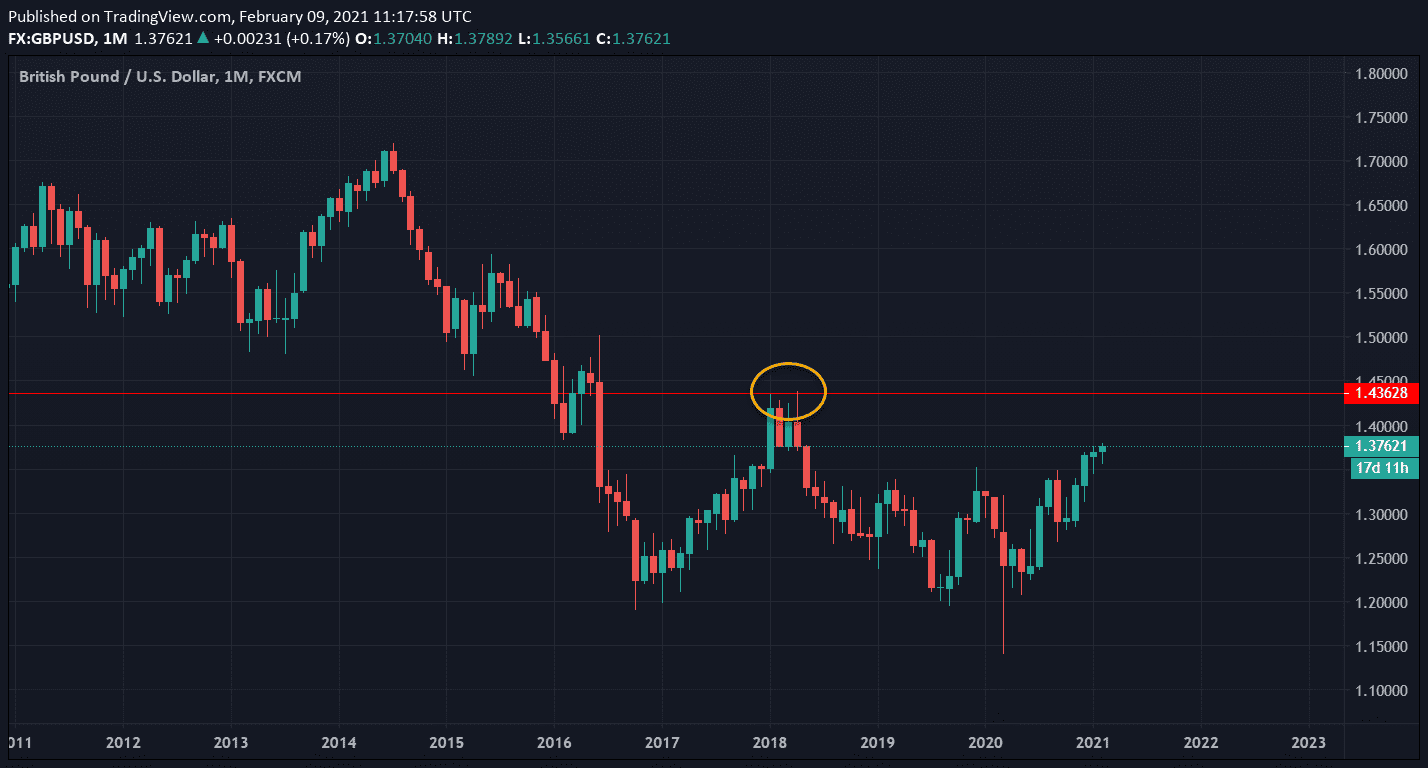 Amid the recent highs, bulls begin to eye the major psychological level of 1.40. Looking at the monthly chart above we can see that there is potentially major resistance at the prior highs around 1.4348.