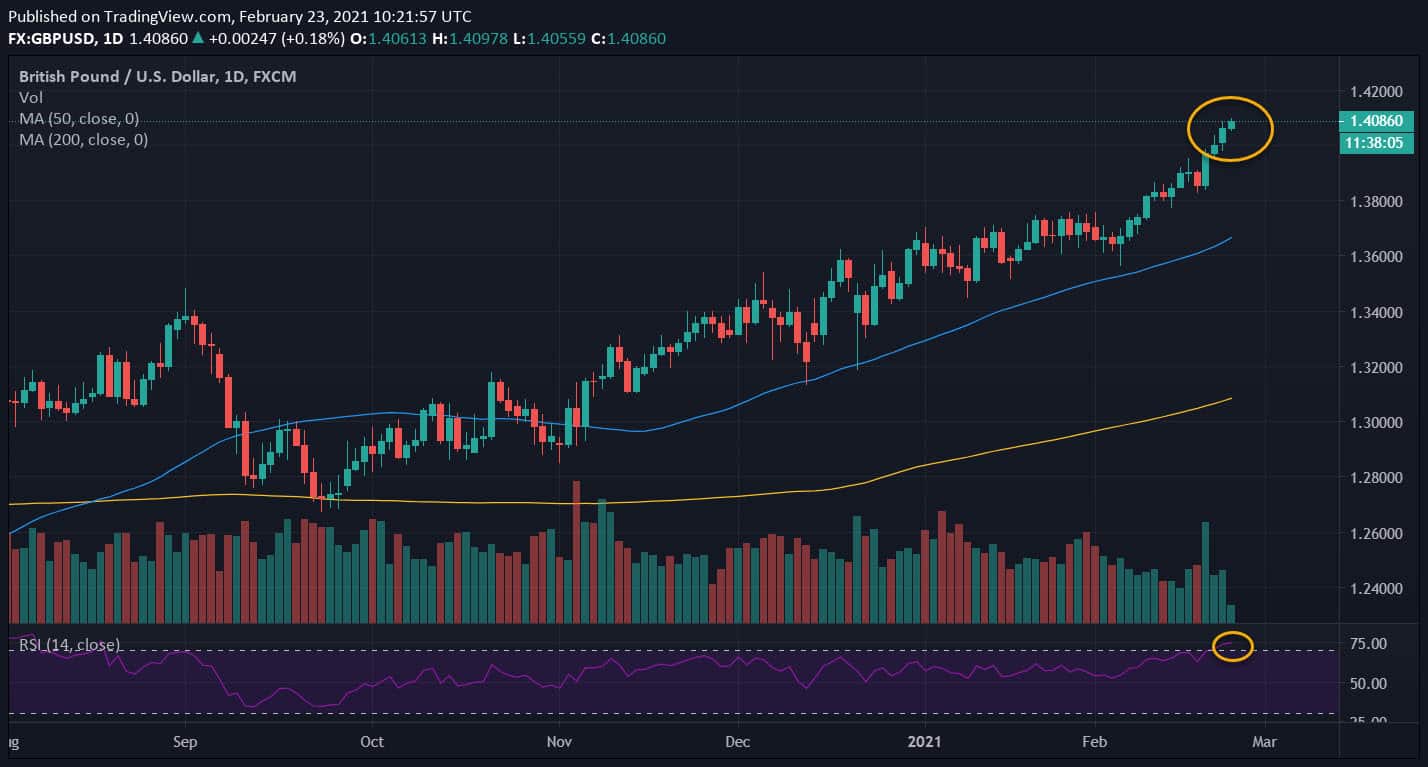 GBP/USD rose to fresh multi-year highs in early trading on Tuesday, amid optimism over Prime Minister Boris Johnson’s four-step plan to end UK lockdown restrictions by June 21st. The announcement was made in a speech to parliament on Monday, and followed up by televised press conference in the evening.

Johnson said that the country was “now traveling on a one-way road to freedom”and confirmed that over 17.7 million Britons had received their first dose of a coronavirus vaccine. The 17.7 figure marks over a quarter of the population of 67 million. The UK has been one of the hardest hit countries with 120,088 fatalities according to data from Johns Hopkins University.

The pound has also been supported by the Bank of England (BoE) decision earlier this month to hold interest rates unchanged at 0.1% and the signal that an imminent rate cut is unlikely. Bank of England governor Andrew Bailey was very optimistic about the vaccine rollout, stating that: “We do think that that is going to support a sustained recovery throughout the rest of the year.”

Looking at the daily chart above we can see that GBP/USD is holding above the major psychological level of 1.40 and is in a fourth consecutive day of gains. The Relative Strength Indicator (RSI) is in overbought territory, but momentum is still pointed higher. Bulls look to the prior highs around 1.4368 as a potential area of major resistance overhead, while the 50 period moving average represents potential support below.

The market now eyes the testimony of Fed Chairman Jerome Powell before Congress, scheduled later on Tuesday. Investors will be looking for clues as to how the Fed may address the recent rise in inflation expectations.