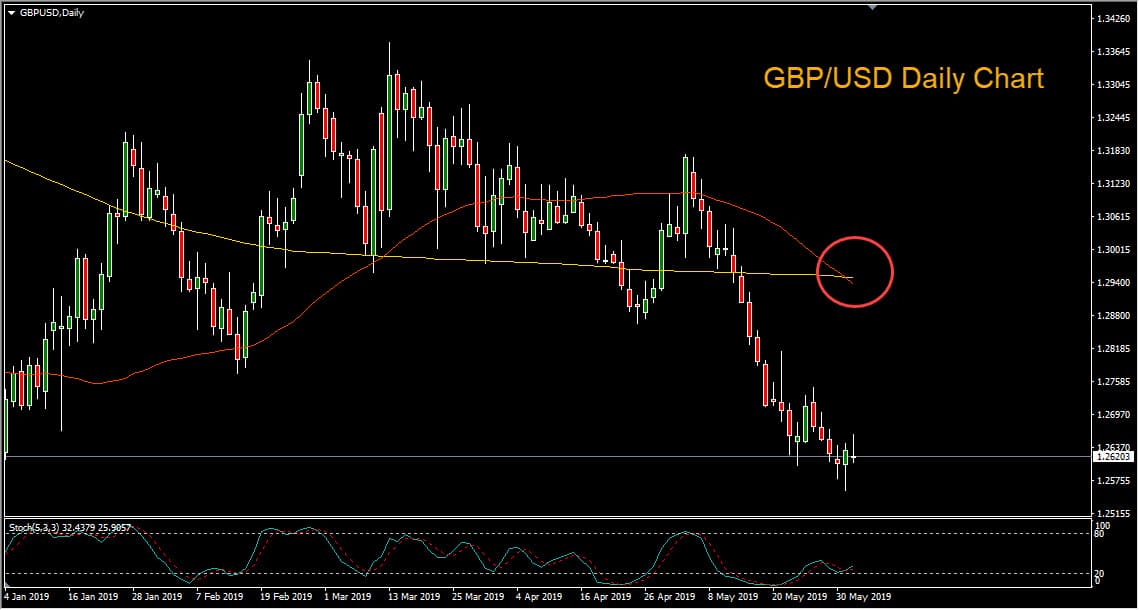 A break of the recent low of 1.2557 would mark the lowest levels since early January and bring the prior low of 1.2420 into view. Meanwhile, EUR/GBP remains near the highest levels of the year.

On Monday morning, U.S. President Donald Trump arrived in the U.K. for a 3 day state visit. In an interview published in the Sunday Times, Trump suggested sending Nigel Farage to negotiate with Brussels and approved of going ahead with a no-deal Brexit if the European Union refuses to yield to Britain’s demands.

The increasing odds of a disorderly exit from the E.U. continue to pressure Sterling amid consistent warnings from economists and the business community. On Friday the Confederation of British Industry (CBI) cautioned Tories over a no-deal Brexit, stating that it would do “severe” damage to businesses. Speaking on Radio 4’s Today program, director general Carolyn Fairbairn said that a no-deal Brexit should be an option “that is not even considered”. In 2018 the Bank of England warned that a no-deal Brexit could lead to a deep recession and have worse economic consequences than the 2008 financial crisis.

Volatility in the market lies ahead, with a data heavy week including major events such as the ECB Press Conference on Thursday and the release of the U.S. Employment Report on Friday. As the spectre of a disorderly Brexit looms closer, analysts begin to outline the possibility of historic lows in the pound against its major counterparts.