The Gartley Pattern is certainly one of the classic retracement patterns. It can offer the trader early entry with minimum risk into a potential longer term trend reversal. For short term day traders the pattern can be used effectively to buy and sell tests of highs and lows on an intraday basis. Gartley said to buy or sell the first AB=CD in a new bear or bull market and that is what this pattern can achieve along with entries into an already established trend. A major reversal may not always follow with this pattern but even so the trader can still gain profits using good trade management skills assuming the pattern was not a failure pattern.

Of the almost 500 pages in H.M. Gartley’s book, none are more important than pages 221 and 222. This is where the author described this particular pattern in greater detail than any of the other patterns in his book. Gartley referred to it as one of the best trading opportunities. The most revealing part of the Gartley pattern is somewhat hidden on page 222 under figure 27 in the book as Larry discovered. 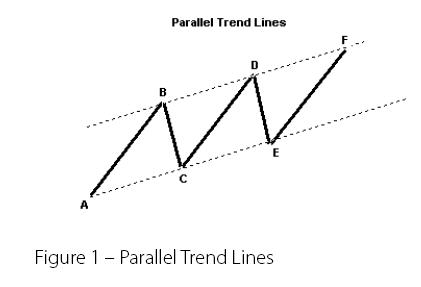 The greatest challenge with these two pages was trying to interpret the description of this pattern as it was not as clear as one might expect. The biggest question that came to mind was the discrepancy between the two patterns listed under Figure 27 in Gartley’s book. Refer to Figure 1. 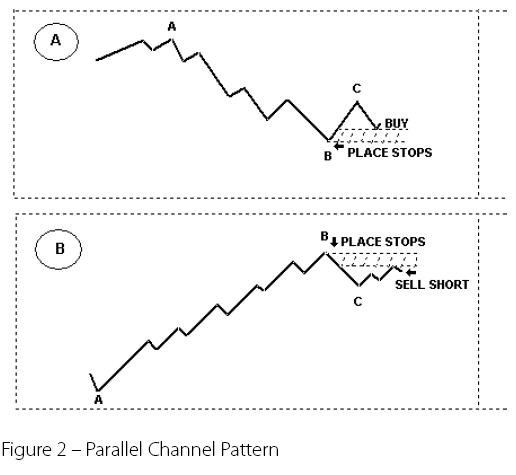 The figure labeled A shows a simple retracement in a downtrend but if you look closely at the figure labeled B this shows a more complex correction in an uptrend using the addition of the AB=CD that was shown in his Parallel Channel Pattern. Refer to Figure 2. 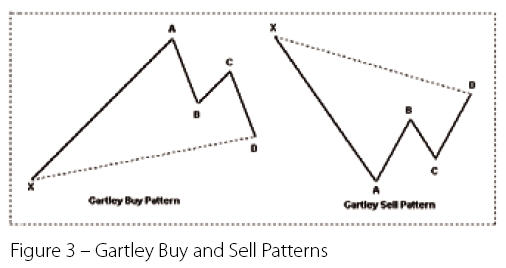 These distinct differences lead to the Gartley “222” Pattern that we know today. This provided a clearer picture of what the pattern was all about, realizing this element lead to a breakthrough after many attempts to understand the concept.

The next step in the development of this pattern was the addition of the mathematical relationships of Sacred Geometry (which includes the Fibonacci Summation Series). Adding the Fibonacci Ratios to this pattern gave the Pattern Recognition Swing Trader the tools to determine price entry, exit points and stop levels for risk control. The final step was empirically and statistically testing the validity of these patterns. Gartley had emphasized that the pattern was correct approximately 70% of the time. Testing weekly, daily and intraday patterns over the past 40 years has proven that Gartley’s original premise was indeed accurate.

Larry had also uncovered the fact that while Gartley describes both buy and sell patterns identically, he had different diagrams for each. It was the AB=CD pattern within the sell Gartley Pattern that lead to the nickname of the pattern as the Gartley “222”. Refer to Figure 3.

Gartley also used ratios of one third and two thirds with this pattern but did not use ratios from the Fibonacci summation series. The main Fibonacci retracement ratios that we apply to the Gartley pattern include: .382 (used with strong trends), .50, .618 and .786. As mentioned in the Pattern Structure section below of this chapter the 1.00 is used and is a double top or bottom. Refer to Figure 4.

Gartley stated in his 1935 masterpiece that over a 30 year period he found these patterns to be profitable in 7 out of 10 cases. The statistics validating this are still the same as Gartley suggested over 60 years ago.

It is important to know what invalidates the Gartley “222” pattern.

Here are 3 items that invalidate the pattern:

1. The D completion point can not exceed X.

The Gartley pattern can be broken down into four segments which relate to the labeling of the swings. Point X is the high or low point of the swing and is the starting point of the pattern. The X can be found on longer time frames at major highs or lows. However, the X can also sometimes be found as a top or bottom within a larger trend, in other words the pattern can form within a larger swing or leg without the X being a major top or bottom.

The X point becomes the fulcrum or anchor price that all technical traders watch daily. After point X is formed and the market begins to move in one direction the XA leg begins to form, at this stage it is impossible to determine where the completion of the XA leg may be. There are certain characteristics of how this first swing embarks that give clues to the length and thrust of the XA leg: If there are gaps, wide range bars and tail closes in the direction of the trend this leg may take some time before a correction takes place.

Once it has been determined that the XA leg is complete then the next step is to watch the formation of the AB leg. This leg is the first reaction up or down from the initial impulse wave from X. The key items to watch in this formation are:

• The Fibonacci retracement ratio the market corrects to.

• The number of bars that form the leg.

• The similarities in slope and thrust

For example, if the AB leg takes a considerable amount of time, more than 8 to 10 bars to form of the XA leg, then we would assume that the market is basing for a larger correction, potentially to the .618, .786 or further.

As price begins to turn down or up from B it is important to note that the pattern would be invalid if the BC leg exceeded X.

It is possible for the completion point of this leg at C to be an exact double bottom or top of the X point and that is still a valid pattern, but if price at C exceeded X the pattern would then be invalid and would negate this pattern. See Figures 4 and 5. 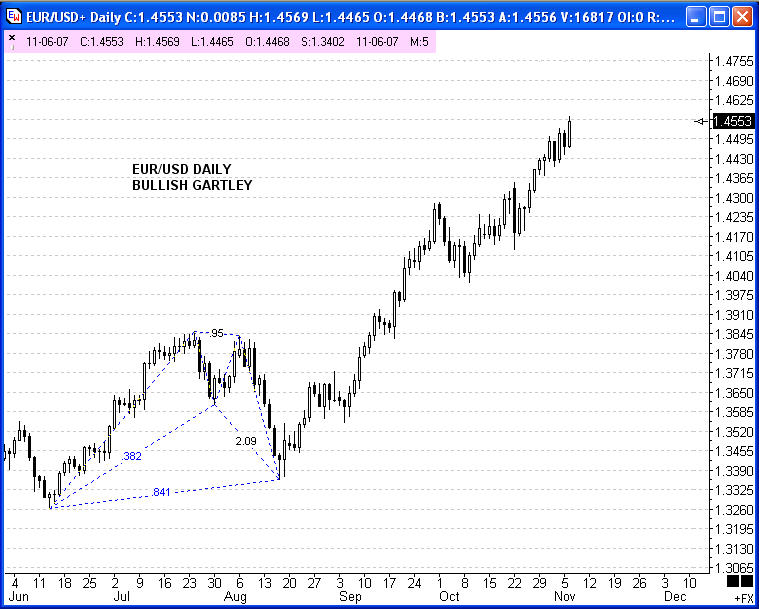 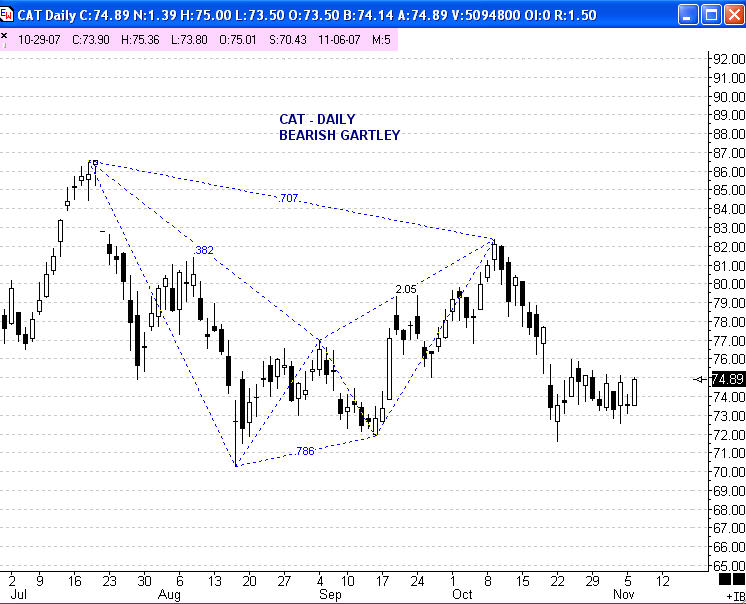 It is important to remember that the majority of traders will not be initiating trades at exact tops and bottoms the majority of the time but the Gartley pattern offers the trader a retracement entry into the trend at low risk trading points and with quantified risk levels.

Larry Pesavento is a veteran of over 40 years in trading. He is a former member of the Chicago Mercantile Exchange where he traded S&P futures and Foreign Currency. He also traded at the prestigious Commodity Corporation of Princeton New Jersey. He also managed Drexil Burham Lambert Commodity Department in Beverly Hills, California. Larry’s library of books and trading systems has been accumulated over the past 5 decades. Larry has written 9 books on trading ranging in subjects from Astro Harmonic phenomena, Pattern Recognition swing trading and Artificial Intelligence. He currently trades for a Hedge Fund and mentors private students on a one on one basis only. Larry can be reached at larry@tradingtutor.com or via his website www.tradingtutor.com.