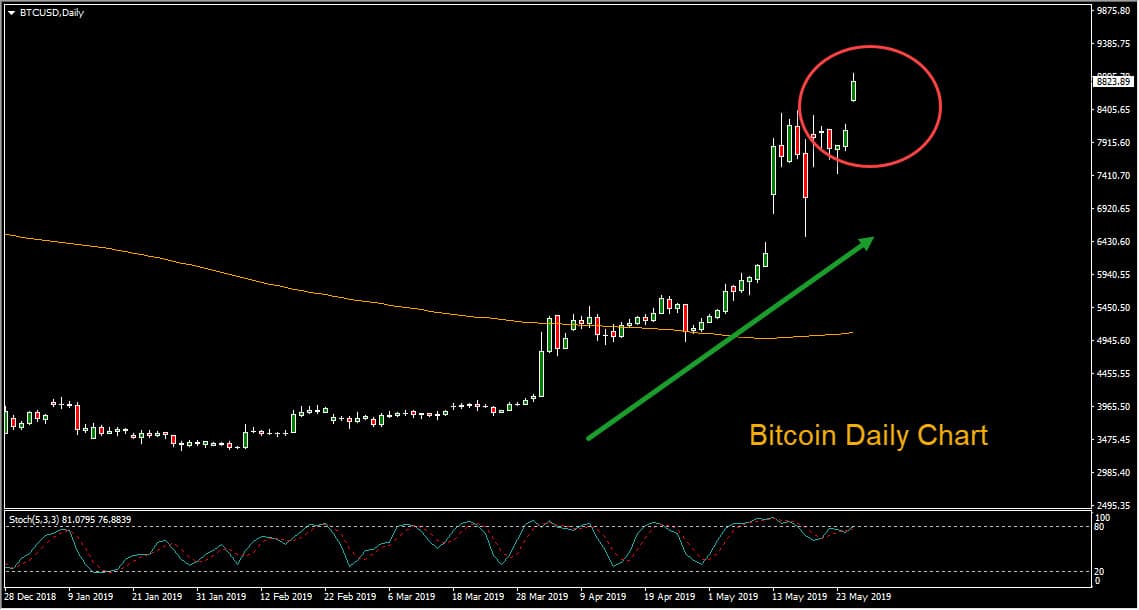 Bitcoin powered higher on Monday reaching its highest levels since May of 2018. The world’s largest cryptocurrency by market capitalization is now up by over 140% in 2019, leaving the so-called ‘crypto winter’ in its wake. Litecoin followed suit reaching highs last seen in June 2018.

Earlier in May, Bitcoin was boosted after HTC unveiled a blockchain phone called the Exodus 1s. On May 23rd, telecom giant AT&T announced it will permit customers to pay bills with Bitcoin. Additionally, Fidelity Investments is rumoured to be preparing to offer Bitcoin trading for institutional clients.

Billionaire Bitcoin investor and former Goldman Sachs partner Mike Novogratz suggested on CNBC that trade tensions with China and Chinese money moving into crypto have played a role in the recent surge.

Meanwhile, hype is growing around Facebook’s cryptocurrency ‘GlobalCoin’, which it plans to launch in 2020, according to a report from the BBC. The digital currency is expected to provide secure payments without the need of a bank account.